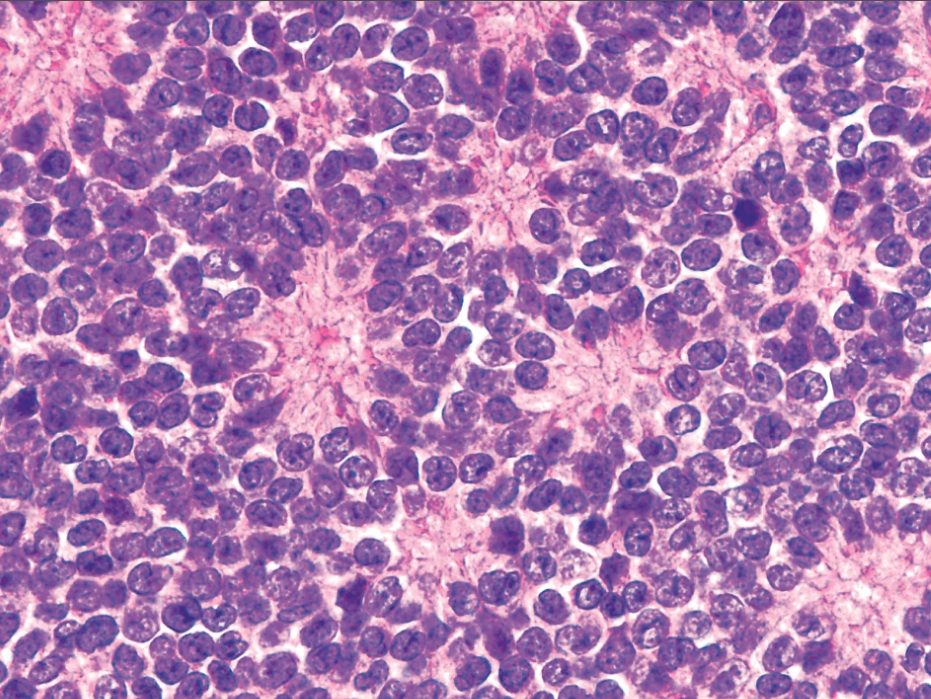 Ewing’s sarcoma warrior, Nick, shares his story and his plans to collaborate with SarcomaStrong

It all started my freshman year of college in 2015 after I came back from Christmas break. I was an active college student always running and working out. My arm started hurting and sometimes, I would have these flare-ups when it would hurt bad. I thought it was just a pulled muscle, so I used icy hot or Tylenol and would stretch to deal with the pain. As a college student, I was busy and didn’t really think anything of it, but by the end of summer, it was hurting really bad every day. In September, I started playing club hockey and was checked weird one morning. That day, I went to class and couldn’t pick my arm up to write so I stood up and walked out of class for the last time in about a year. I originally was going to see my friend’s mom who was a physical therapist to ask for some stretches, but she wasn’t home, so my mom and I went to the Middlesex walk-in clinic right before it closed. The X-ray tech took pictures and came back without the doctor saying that I had to get my arm checked out with a list of possible diagnoses that no one wants to hear. The pictures just didn’t look good, and even I could tell something was wrong with it without ever having looked at an x-ray before. Over the next few days, I had blood work and an MRI done. Then, the next Wednesday, I went for my biopsy, and it came back as Ewing’s sarcoma. After the diagnosis, everything started happening so quickly, and I started chemo the first week of November, only a few weeks after I had gotten my x-ray. I basically had to take a year off from my life, and I dropped out of school for the year which was tough. Looking back, I was constantly getting sick during that spring semester when my arm first started hurting. I had always thought it was just having a little stomach bug or just the dining hall food, but it was probably all related to the cancer.

I felt helpless. The word “cancer” was almost scarier than what I ended up having to go through physically. I was lucky that I had such a good response to the medications and surgery. Some people have such hardships with sarcoma, and that’s why I wanted to partner with Sarcoma Strong to help these patients that are going through it right now. Usually, we’re focused on the research to help future patients, and sometimes it’s the people who are going through it right now that are forgotten.

I was fortunate to have such a strong support system, and my family and friends were always around.  Even when I didn’t want people up at the hospital, people would just come without asking because they knew it would help to get my mind off it. There’s a balance at the hospital between having company and being smothered though. Everyone wants to go see the person in the hospital, but sometimes they just need time alone with peace and quiet. One thing people might not realize is that I had to go to the hospital many times but not always for treatment. Anytime I had a fever, I had to go to the hospital, and I needed the help of the people around me for that.

I started chemotherapy that November, and then I had surgery at the end of January. That’s when we knew that we were over the hump since the tumor was fully dead. We were all happy, but I still had to get another eight or nine rounds of chemotherapy which was probably the slowest part of the whole treatment because my body was just beat up. Constantly battling fevers and slow recoveries after each round of chemo, it took a toll on me mostly mentally. I would get frustrated especially when there would be no improvement from the days before. I ended up spending weeks in the hospital in the middle of summer. Staying inside definitely didn’t help so going out and getting some fresh air would be a highlight of my day. Finally, I finished chemotherapy on Labor Day weekend 2016, and now we’ve celebrated it every year for the past 5 years. After that point, I was just happy to get back to normal. I’m still in PT for my arm, but I have great movement and feel great. I think I would never wish this on anyone, but I would wish the mindset or mentality that I got from going through something this tragic. I see that it’s not worth stressing about small stuff that doesn’t matter at the end of the day. I really learned a lot about life, myself, and what’s important to me.

After recovering, all I cared about was just being with family and friends. I decided to rent an ice rink and have everyone come over to skate on Christmas Eve a few years ago, and I couldn’t believe how many people showed up. Everyone was trying to give me money, but I told them to donate it. Likely not that many of them donated it, so I organized a fundraiser for a local family or charity that has a soft spot in my heart. The following year all the donations went to a friend who battled Ewing’s sarcoma and was treated at the same time as me. A year later though, the sarcoma came back in his leg. We donated all the money to the kid and his family to help with medical bills or really do whatever they want with it like take a trip somewhere. I’m still trying to figure out the details for the ice skating and raffle for this year since I’ve had trouble finding a rink to host the event. It’ll happen either on Christmas Eve or New Year’s Eve and it’ll be great to see everyone together.

Nick is planning a fundraiser to raise awareness of sarcoma and raise funds with SarcomaStrong to support sarcoma research. The event will be announced soon and will take place sometime around Christmas and NewYear’s. Stay tuned for updates on this upcoming event!

PrevPrevious“I was terrified when I heard I had cancer.” Dianne shares her experience with sarcoma.
NextSarcomaStrong Highlights from 2021Next