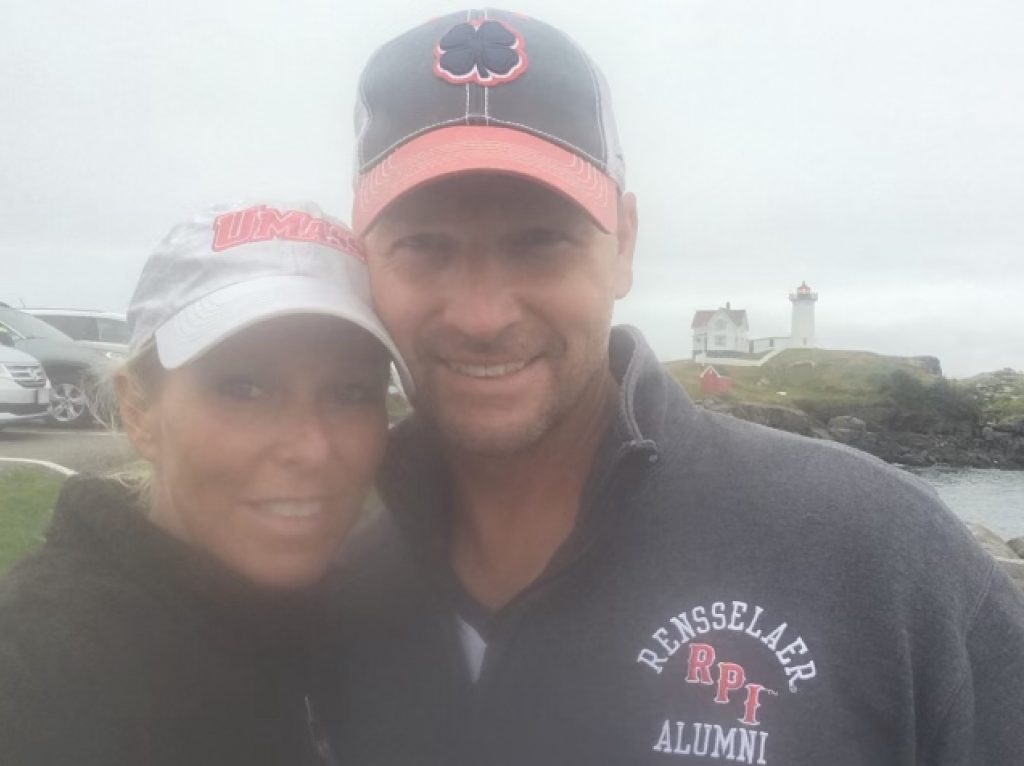 Chondrosarcoma warrior shares his story of perserverance and grit.

Doug Drumm is a highly motivated 50-year-old male who loves being active, including running, biking, skiing, and golf. He works as an engineer and is a former professional baseball player.

About 2.5 years ago, Doug began experiencing severe left hip pain. He saw his doctor and was treated with steroid injections and physical therapy. Unfortunately, Doug’s pain did not improve. After over a year, he followed up for an MRI and biopsy and was formally diagnosed with chondrosarcoma of his left acetabulum (pelvis).

After receiving his diagnosis, Doug told me that he “completely compartmentalized” his health. He trusted the medical team to manage his chondrosarcoma, but deeply feared how his diagnosis would impact his function and quality of life. When discussing what helped Doug process his condition, he reports that he “avoided the internet and social media.” Additionally, he was able to develop a relationship with a chondrosarcoma survivor, who had a similar diagnosis and was like-minded. Numerous conversations inspired hope and helped Doug make sense of his situation.

In April 2021, Doug had his tumor surgically resected and pelvis reconstructed using a customized-3D implant at Massachusetts General Hospital. Unfortunately, he experienced several post-operative complications including blood clots, infections, numerous surgeries, and prolonged hospital stays. After being discharged from the hospital, he finally returned home to New York. He reflects on his early car rides between New York and Boston, saying that “I was unable to sit up during the drives…I had to lie down. Even being able to sit in the car is a huge improvement from where I was a couple months ago.” After several months of physical therapy, Doug notes that his walking is improving, along with donning/doffing his socks and shoes. He “wants to improve faster and do everything possible to make that happen.”

Unfortunately, Doug was recently readmitted to the hospital and underwent an additional surgery related to an infection. Despite his recent set back, Doug maintains a positive attitude and looks forward to resuming his rehabilitation and recovery.

I asked Doug what he has struggled with the most throughout his recovery process. He told me that “I had some false expectations with the recovery. I didn’t know what to expect and I believed (from previous experiences with physical therapy) that I would be way ahead of the timeline. That hasn’t been the case.” He continues to say, “I was determined to get in the gym and bang out this rehab, but I am now realizing that I am not completely in control of the healing timeline.”

“I overestimated my power over the healing process. I thought I could use determination to overcome anything. I am now realizing that determination is necessary, but there are also things that I cannot control. I still work as hard as possible, but I try not to get too locked into a pre-determined timeline. That has been one of the hardest parts for me.”

Doug notes that he has been extremely fortunate to have his supportive fiancé and friends, along with his brother and father who live close by. He hopes to one day return to biking, golfing, and an overall active lifestyle again, but realizes that he may have to make some adjustments.