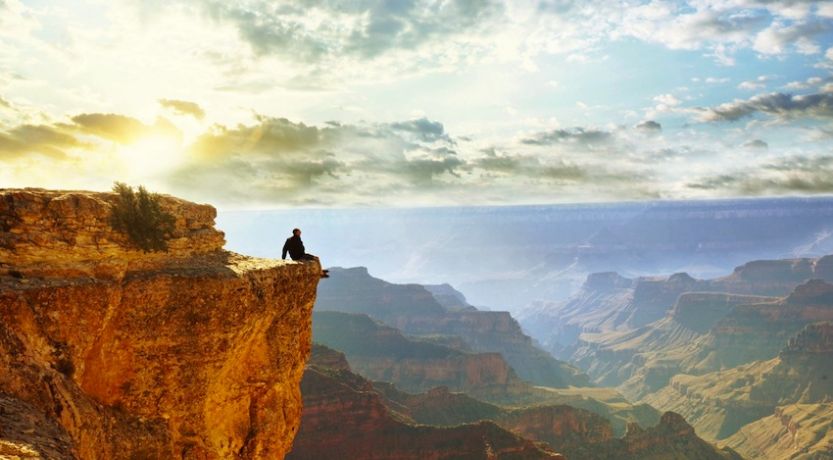 For over a decade, Brian lived with a bump on his forearm, about the size of a marble. Multiple doctors told him not to worry about it because it did not cause him any pain or discomfort. They reassured him and told him to simply watch it. Over the years, the bump slowly grew, and still never caused him any discomfort. One day, he hit his arm and the bump on a doorway, which was painful. He decided to go to urgent care, and was subsequently referred to Dr. DiCaprio because “if this is bad, how it’s taken out, is critical,” the doctor told him. As it turned out, it was very critical.

The bump was removed, the pathology report came back and showed that the bump he had lived with for almost half his life was cancer. He had a series of emotions— startled, shocked, angry, and had racing thoughts— “what are the chances it hasn’t metastasized? What if it already went to my lungs? What if I can’t see my kids graduate? What’s going to happen to my son, daughter and wife? All the life I had in me that I might not see…”

He subsequently underwent a second surgery to remove the “margins,” or neighboring tissue still positive for cancer. However, due to the technical difficulties of where the tumor was, and how much it had spread locally, in conjunction with trying to save his arm functionally and avoid infection, Brian lives with positive margins. Brian decided to get a second opinion from physicians in Boston, which to his surprise, had a radically different approach to his condition. They wanted to do as much as possible to remove the cancer by radiation and possibly more procedures to kill every cancer cell. However, these measures come with consequences. Brian had a tough decision— should he radiate, remove all the margins regardless of function and quality of life, or do nothing and wait until these measures are absolutely necessary in the future. Brian ultimately decided to undergo surveillance with CT scans and MRI’s every few months, and keep his arm and quality of life, considering that the tumor he had was slow- growing and may or may not grow back or metastasize.

Almost four years later, Brian continues to go for surveillance with CT’s and MRI’s to make sure the cancer has not come back or grown. So far, it hasn’t, thankfully. Through all of this, Brian leaned harder into his faith. “It taught me to value life and not be complacent. You dial your phone when in the car and don’t think about the consequences. Looking at my scar lets me stay grounded. I love that it brought me closer to God and Jesus.” Brian runs 2 businesses and is looking forward to progressing in his work, as well as spending time with his children and wife. “I don’t want to wake up one day and in hindsight wish I spent more time with them.” Although this experience has been very difficult, to say the least, Brian states, “I have positive feelings.”