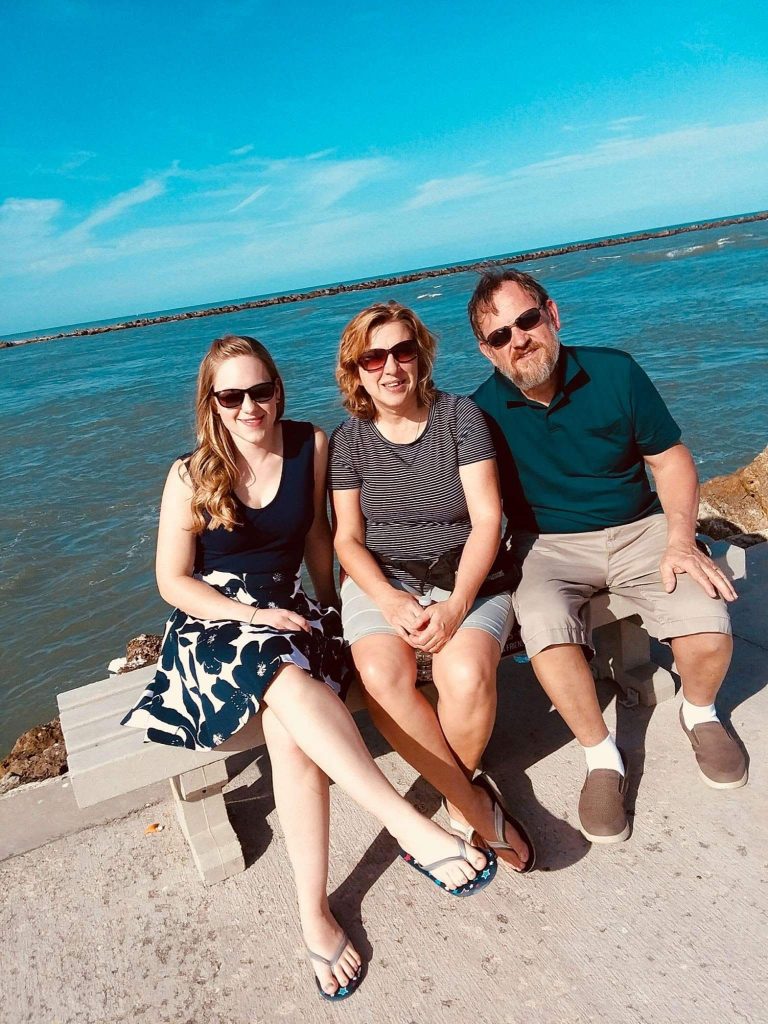 Interview and write up by Harjot Uppal, AMC Medical Student

Can you share about your family life and hobbies?
Judy is a retired accountant who is an avid biker and loves attending weekly Mass. She has a husband, three children, and two grandchildren. She spends most of her time with her family or traveling between New York and Florida, her second home.

How did you first notice the sarcoma?
In 2020, Judy first noticed a small soft tissue mass on her left thigh and thought nothing of it. The mass presented itself as not being anything worrisome. In February 2020, she went to her general practitioner (GP). Judy’s GP ordered an ultrasound and referred her to a general surgeon. Judy visited the general surgeon, and both the GP and general surgeon agreed that her mass was a lipoma and probably not cancerous. At that time, it was not necessary to take any action.

In June of 2021, Judy went for a check-up with the GP and mentioned that the mass in her thigh was getting bigger. The GP referred Judy to the general surgeon again.
When she visited the general surgeon in July, a CT scan was ordered, and Judy was referred to Dr. DiCaprio, who was concerned about a “spot” on the CT scan. Judy visited Dr. DiCaprio in July, who ordered an MRI. Once completing the MRI, Judy revisited Dr. DiCaprio in August, which again led to a concern about this “spot” in the tumor, and surgery was recommended. Judy still had hope that it was not cancerous at this point, although the possibility that it might be was discussed. Judy underwent surgery in September with great success, removing the whole tumor. A biopsy of Judy’s tumor was analyzed to make a definitive diagnosis.
In October, she met with Dr. DiCaprio for a second follow-up for her leg surgery and her biopsy results. Unfortunately, the biopsy results showed that the mass was a liposarcoma. Judy was referred to the radiologist for radiation treatments, which started in November and ran through January 2022, a total of 6.5 weeks.


Judy stated, “during this whole journey, I tried to keep my life as normal as possible, keeping my routine of household chores and taking care of family relatively the same. I have always had a little anxiety and managed it very effectively. This journey took it to another level. Again, I can’t say enough good things about the care I received from the doctors involved, the radiation team, and the health care facilities that did the various tests that catered to my unique needs. My thanks to all.”

Have you ever heard of sarcoma before your diagnosis?
Before her diagnosis, Judy had never heard of the word “sarcoma.” However, she thought Dr. DiCaprio and the other members of her care team at Albany Medical Center did a phenomenal job of providing her with the background information about her sarcoma.

Did you have anxiety initially? Leading up to initial treatment? Post-procedure/now?
Initially, Judy did not have anxiety when her diagnosis was only a lipoma. Judy started developing anxiety when the mass got bigger and was eventually referred to Dr. DiCaprio. She knew something was not right about her mass. Judy’s anxiety reached a peak when her liposarcoma diagnosis was confirmed after having her mass resected. However, Judy’s anxiety started decreasing as she was receiving radiation therapy. She stated that at this point, “I knew my family and health care team were doing the best they can to help me.” After her radiation treatment, Judy underwent a CT scan of her lungs. This was done to see if her liposarcoma spread to her lungs. After her lung CT was negative, Judy’s anxiety significantly decreased. However, Judy stated that it will take some time to get rid of her anxiety completely. “I have something over my head, now. I try to live life one day at a time.”
During our interview, Judy told me a story about her anxiety and what helped her during her medical journey. “Probably about the 3rd to 4th week of the radiation treatments, while attending Mass and being very anxious, there was a pivotal moment that reduced my anxiety to what is a normal level for me. This woman, a cantor in a choir, walked by me while going to the choir loft. As she passed, she stopped and said “don’t be afraid” twice while looking at me. Afraid, I had not thought about this feeling in relation to my journey, but it was there. This woman does not know me personally, nor did she know anything of what I was or am going through. I kind of just looked at her and smiled and gestured, “a thank you.” After that encounter, I felt an inner calm come over me, and it has been with me since, helping me through the rest of my radiation treatments and, hopefully, for what is in the future. Faith does have that inner healing and sense of peace. Yes, I am still anxious, but maybe not so fearful, and those words are repeated to help me. Someday I wish to speak with her and tell her what those simple words meant to me.”

How are you doing post-surgery? Do you have any functional deficits? Are you able to do most things as beforehand?
After her surgery, Judy has not experienced significant functional loss in her leg. If anything, the psychological toll is the hardest part. Judy told me that she has not lost hope yet and that having hope has helped her in her recovery process.

Sharing your story with others helps build community and although the intent is often to help shed light and wisdom for others, the story teller also benefits from the connections made and willingness to share intimate details of their story. If you wish to share your sarcoma story please feel free to reach out by email to sarcomastrong@gmail.com